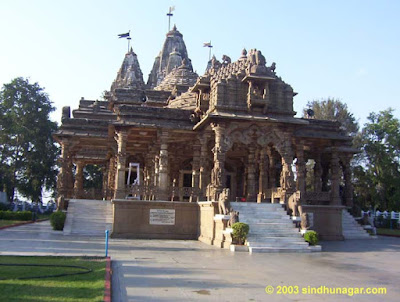 This temple has a very interesting history. The temple was built by Ambu Baliga from Kochi and it is said that he brought the idol of Vithoba or Vishnu incarnate from Pandharpur in Maharashtra. This is where he went with his bhajan troupe. He did this to propitiate Lord Panduranga or Vithoba. It is also said that Lord Vishnu appeared in his dream asking him install the present idol in Kochi.
In the year 1936, Ambu Baliga responded to the call of Gandhiji. He opened the temple to all Hindus. This action had some reactions. Lot of people disapproved this and there was boycott which happened. This led to the closure of temple. This happened for the next 8 years and the temple had no action. In the year 1952, the devotees in the locality joined together. This was aimed to revive the tradition of bhajan groups and also to take care of the temple affairs. There was a life in the temple again which was shut for many years.
The devotees re-built the structure. After that this, the bhajan mandali or groups grew stronger. There was music and songs which were sung by people in the temple. This is the only place of worship of Vithoba who was an incarnation of Lord Vishnu. He was very popular in Maharashtra. The temple is very distinct in Kerala and over many years it has become a seat of eminent performing artistes. These people come here to grace the annual bhajan festival. Among the artists are Pandit Bhimsen Joshi, Pt. Karekar, Ramesh Narayan, Usha Uthup and many others. These people have rendered Hindustani, classical and Marathi Abhangs (bhajans) in this temple.
This temple has lost its significance again and it is said that the centenary celebrations that will culminate six years from now. According to one of the temple trustees, "The temple needs renovation and extension.” There are space constraints which are hurdles to the devotees at large gatherings. it is being said that the garbagriha is not in very good condition. The revamping would be done by the year 2007 after which the temple should be ready for the centenary celebrations.
Pandharpur is a small town in Maharashtra. It lies on the west coast of India. There are many people from far and near who visit Pandharpur round the year for a bath in the Chandrabhaga river. They also come for a darshan of Vithal which is the presiding deity.