About Ambubachi Mela: The Ambubachi Mela is an annual Hindu mela held at Kamakhya Temple in Guwahati, Assam. This yearly mela is celebrated during the monsoon season that happens to fall during the Assamese month Ahaar, around the middle of June when sun transit to the zodiac of Mithuna, when the Brahmaputra river is in spate.[3][4][5]It is the celebration of the yearly menstruation course of goddess Kamakhya. It is believed that the presiding goddess of the temple, Devi Kamakhya, the Mother Shakti, goes through her annual cycle of menstruation during this time stretch.[4] It is also believed that during the monsoon rains the creative and nurturing power of the 'menses' of Mother Earth becomes accessible to devotees at this site during the mela. There is no idol of the presiding deity but she is worshipped in the form of a yoni-like stone instead over which a natural spring flows. Source: Wikipedia 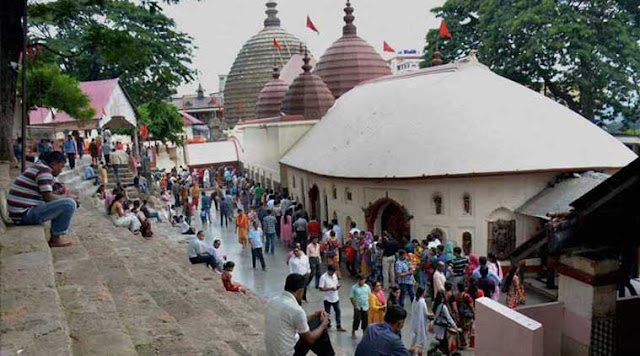