Ranganatha temple is the largest temple complex in Tamil Nadu. The temple measures 950m by 816mm outside. The temple has seven nested enclosures. The walls of the temple are pierced by towered gates which are known as gopuras. These are along the four cardinal axes which come from the shrine. The temple's outer three enclosures have a whole town. This town has streets, houses, and shops. However, the inner four enclosures of the place are the religious zone and the temple is dedicated to Vishnu Ranganatha. In this temple, Vishnu is sleeping on the cosmic serpent. 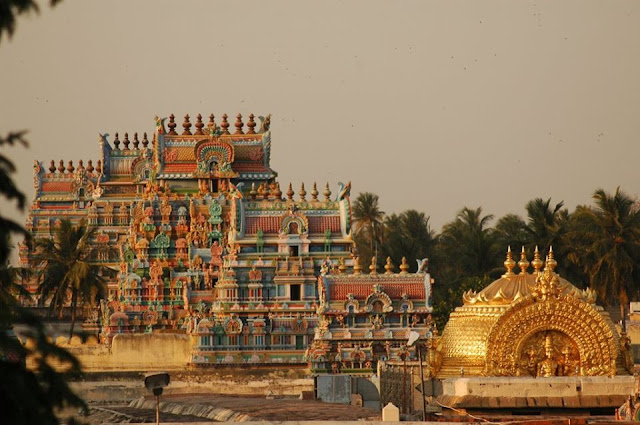 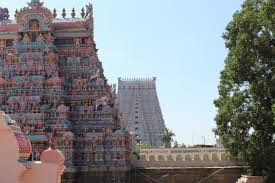 This temple was built in traditional South Indian Dravidian style. The construction of this temple started in the year 1845 and the temple was built by the year 1851. The temple cost 45 lakhs (4.5 million) rupees and was built by Seth Radha Krishna and Seth Govindadasa of Chennai (Madras). In Vrindavana, this is the biggest temple as the outer wall is 231m (770 ft) by 132m (440 ft). This wall encloses a tank and garden and also the temple has a south Indian style to it. The gate is a western gate. There is a six-storey (31m or 105 feet) gopuram, which is covered by carvings totally and there is an 18m (60 ft) high flag staff (dhwaja stamba). 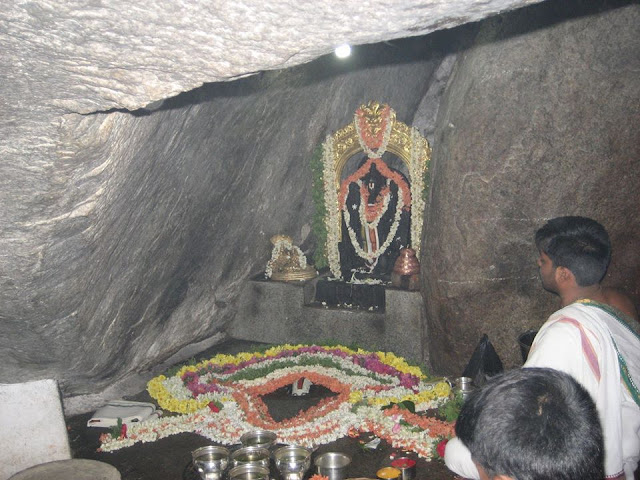 Photo Credit : Source
This temple is dedicated to Sri Ranganatha and also Lakshmi, the consort of Lord Vishnu is worshipped here. There are many side temples. these are dedicated to the Alwars (Tamil Nadu Vaishnava saints), Sesa-sayi Ananta Sayanam with Lord Vishnu reclining on him, and also Tirupati Balaji. In this temple even Lord Narasimha, Sita-Rama and Laksman, Venugopala and Ramanujacarya are worshipped. Today, the temple is managed by priests of the Sri Sampradaya.
The worship is done by South Indian brahmanas and non-Hindus cannot enter the main temple area where the Deity is located. In the month of Chaitra from the 2nd to 12th days of Krishna Chaitra, Brahmotsava Festival happens of Sri Ranganatha. This is a ten-day festival where the utsava murti is taken out on procession twice a day in the morning and evening. There are more than thousand people who visit this place during festival. On the eighth day of Krishna Chaitra, the Deity is pulled by devotees on a large 14m (45 ft) high cart from the Ranganath temple and taken to Rangaji Garden. The procession takes about 2½ hours and it is called as Ratha ka Mela. When cart is not used, some other vehicles are used. Fire works happen on the tenth day of Krishna Chaitra and there are a variety of asanas. These are used to carry Lord Vishnu. Apart from that, there is a Garuda, Hanuman, Surya (the Sun god), Chandra (the Moon god), a lion, an elephant and a horse.