2016 Puja Date Time · 2016 Puja Schedules · Basanti Puja · Durga Puja Dates
Basanti Puja ( বসন্তী পূজা ), also known as Vasant Durga Puja, is observed during the Chaitra Navratri. Basanti Puja 2016 date is from April 12 and will end on April 15.
Durga puja is the most popular festival of west bengal, Bengalesh, and Nepal. This puja is based on the belief that Durga Puja was originally held during Spring season or Basant. It was Lord Ram who changed worship period of Goddess Durga from Chaitra to Ashwin (October – November).The Durga Puja in Ashwin month (October – November) is also known as Akal Bodhon, or untimely invocation, as Lord Ram had invoked her during the Ashwin month. 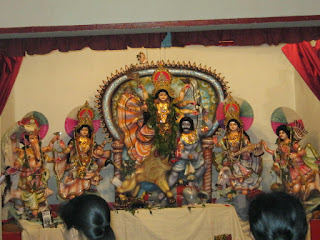